Visiting Courts and having a wee

During October 2018 I attended a court appeared in the Sir Samuel Way building. My goal on the day was to provide support to a family. It didn’t take long to notice court accessibility issues in the building. After attempting to locate an accessible restroom on the third floor, I headed to the ground floor. No luck there and was directed to the first floor. Later I noticed signs advising the location of the accessible toilets. My powered wheelchair allows me to zoom around quickly, and people with less mobility may take 15 minutes to find the restroom and return to the courtroom.

As I wasn’t in a position to take photographs, I thank the Court Administration Authority of South Australia for the photo below. Although it is difficult to notice, the typical courtroom is on many different levels. And accessible by steps, which is a problem for wheelchair users and other people with mobility restrictions. After entering the court, my only choice was to place my wheelchair in an area that was no larger than eight square metres. 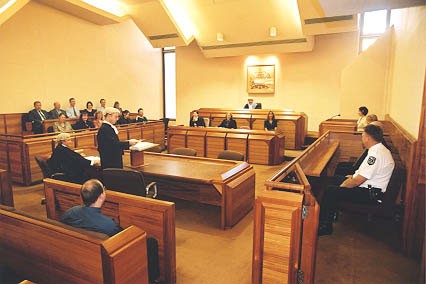 On the day there was a possibility that I would be asked questions. As it happened, I wasn’t required, but it would have required me to shout across the court to the judge. In addition to the judge, there were many other people present, similar to the photograph. They included lawyers, marshalls of the court, the three people that sit in front of the judge and the defendant. None of these locations is accessible by wheelchair. People in wheelchairs do become lawyers, judges, other roles within the court, and wheelies also need to obey the law.

So why are people in wheelchairs not able to perform these roles in the Sir Samuel Way building?

If the entire jury consisted of males in wheelchairs, they would be ’12 Angry Men’.

My childhood in the 1970s included visits to the Moores department store. It occupied the building before the current tenant, the Courts Administration Authority of South Australia. The Moores store had the goal of being an alternative to shopping in Rundle Street. South Australian businessman, Charles Moore, purchased land and built his own store. The courts building opened in 1983 and was named in honour of Sir Samuel Way. He was the longest serving Chief Justice in South Australia.

I expect there was little thought about wheelchair accessibility in 1983.  However, it is now 2018. (Thank you to the CAA of South Australia for the following photography) 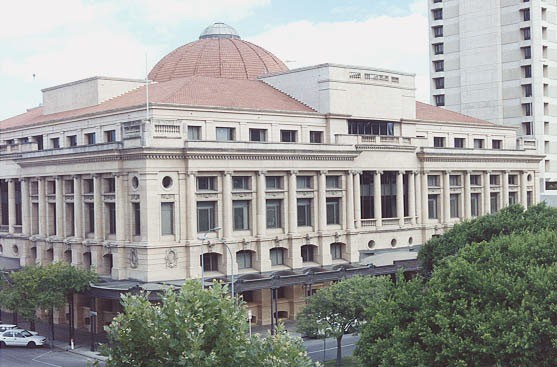 I emailed the authority and shared my experience, and asked them a few questions including…

“Why should someone in a chair have to visit another floor simply to go to the toilet?”
“Why are people in wheelchairs prevented from taking part in the court e.g. lawyer or other roles?”
An automatic reply came back and mentioned “We have forwarded your complaint to the relevant area concerned and you should receive a response from this section within 21 days. If a response cannot be provided within 21 days, you will be notified of an estimated date for a further response.”
I waited 28 days and asked for the progress of the complaint. I was just after an estimate, as per the initial reply. The reply mentioned ‘It has been necessary to forward your email to the relevant area concerned’. Great that they are considering my feedback, but still no estimate. So I asked again. The reply mentioned ‘Your emails have been escalated to the Sheriff within the Higher Courts Division. You should receive a response directly as soon as possible. I didn’t receive a reply to my email.

Another visit to courts

There was an opportunity to support the same family during December 2018. The same accessibility issues were present. I jumped into a lift to get to the accessible toilet on level 1, and the elevator didn’t have the option of going there. After arriving on the ground level, I jumped out, waited for a while, and pressed the up button. The only lift available was the same lift. I waited again and then pushed the up button, the same result. Had to send that lift to another floor, get out, and wait for another lift. Having a wee shouldn’t be this time consuming or difficult. 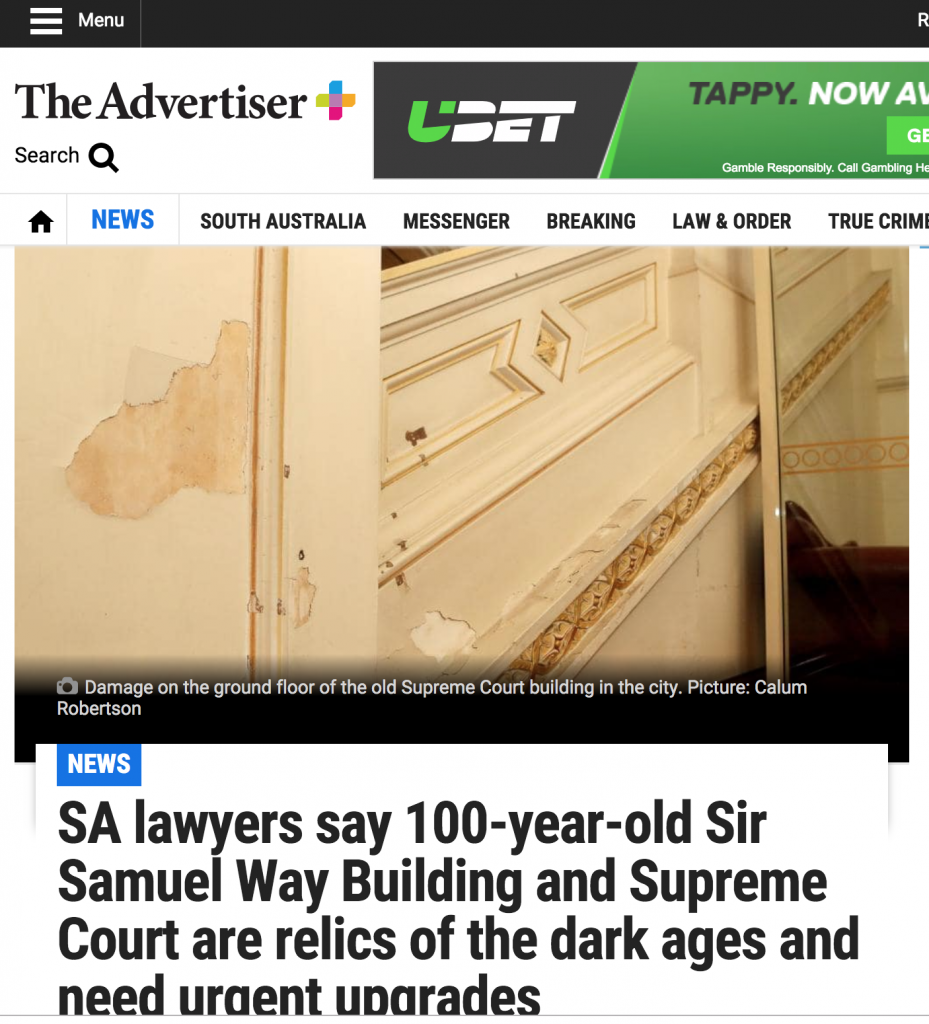 During my research about accessibility, I came across a newspaper article from 2016.  Click here to read it.

My experiences and observations were similar to the reporter from 2016.

I check my PO box every few months and found two letters from the CAA. How quaint and outdated. The letters could have been attached to emails and delivered immediately. Or just send an email.

The CAA has received funding to make changes to the Samuel Way building in 2019. I asked for a tour of the facility once the changes were completed, and suggested the media be invited. A good news story that shares how the CAA is encouraging PWD to have a career in the judicial system. The CAA mentioned that there were no plans to increase the number of accessible toilets. Apparently, there is a lack of space. I was disappointed with the response and mentioned that the average accessible toilet is around 3.5 m2.

Read about my experiences in a wheelchair in the Adelaide Festival Centre.